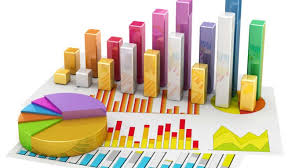 1. Logistic regression requires the dependent variable to be binary, i.e., 0 and 1.

2. Logistic regression requires the observations to be independent of each other.

3. No Multicollinearity is assumed among the independent variables.

4. Linearity of independent variables and log odds is assumed. 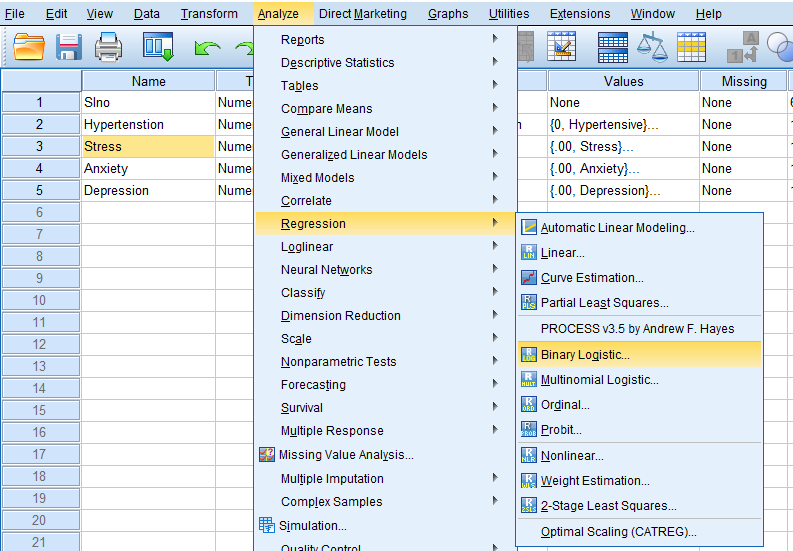 Then, we will get Logistic Regression dialog box. 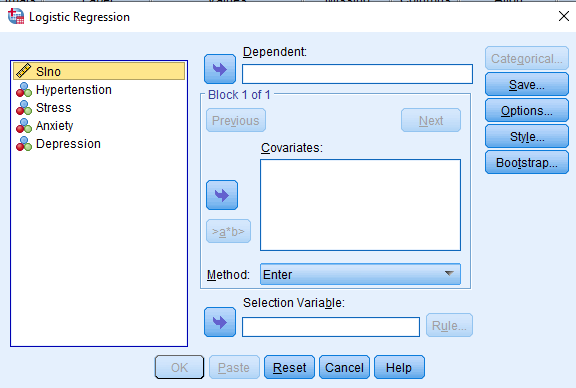 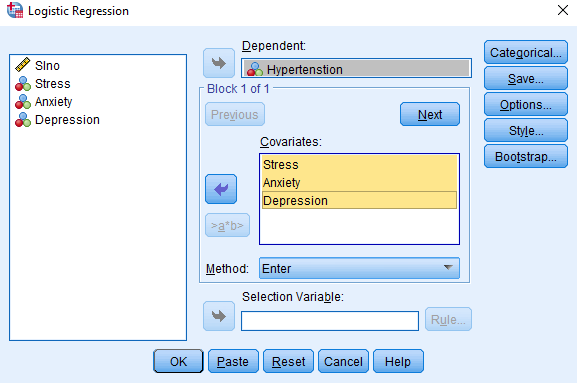 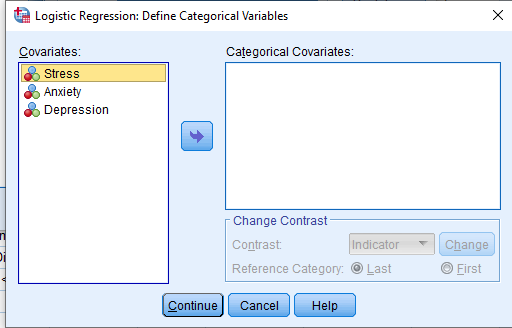 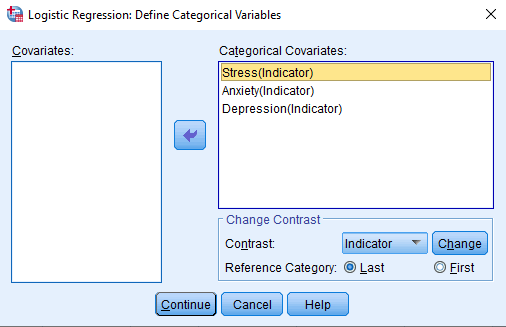 In the ‘Change Contrast’ group, change the reference category and then click on ‘Change’ button.

Here, people with anxiety are compared with normal people. Here, normal people are acting as a reference category and thus ‘Last’ is chosen. Then, click on ‘Continue’.

In the ‘Options’ dialog box, add ‘CI for exp(B)’ in the ‘Statistics and Plots’ group and add ‘At last step’ in the ‘Display’ group. 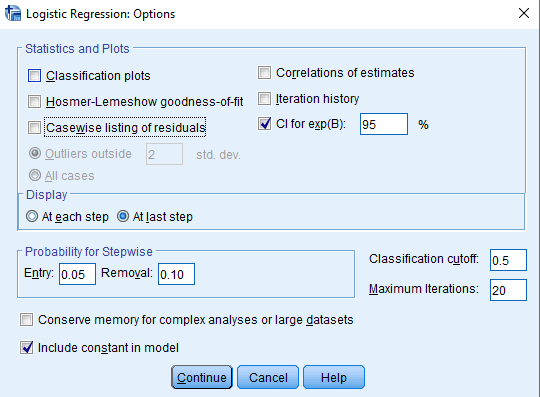 First, we will get the ‘Case Processing Summary’ table, and then the ‘Dependent Variable Encoding’ and ‘Categorical Variable Codings’ tables. 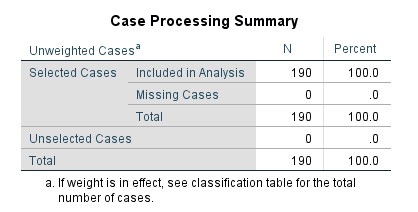 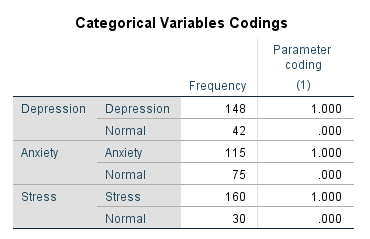 These tables give information about the cases that were included and excluded from the analysis, coding of the dependent variable, and coding of the independent categorical variables.

Then, we will get the tables for the model with predictors.

First, we will get the ‘Omnibus Tests of Model Coefficients’.

This table gives the Chi Square statistic and its significance level. Here, statistics for ‘Step’, ‘Model’ and ‘Block’ are the same because we have not used stepwise logistic regression or blocking.

Then, we will get the ‘Model Summary’ table.

‘Model Summary’ table contains the ‘Cox & Snell R Square’ and ‘Nagelkerke R Square’ values, which are used for calculating the explained variation. Nagelkerke’s R square is normally used and it is a version of the Cox & Snell R square that adjusts the scale of the statistic to cover the full range from 0 to 1. In this case, we can say that 13.1% change in the dependent variable can be accounted by the predictor variables in the model.

After this, we will get the ‘Classification Table’.

When we add the independent variables, the model classifies 71.1% of cases correctly (Overall Percentage = 71.1). This is also called as percentage accuracy in classification.

The ‘Variables in the Equation’ table shows the contribution of each independent variable to the model and its statistical significance.

The Wald test is used to determine the statistical significance of each of the independent variables. We can see from the results that stress (p = 0.022), anxiety (p = 0.032) and depression (p = 0.029) have significant impact on hypertension. By looking at ‘Exp(B)’, the odds of having hypertension are 2.630 times greater for those who have stress when compared to normal people.